View homes, read the property details, sales history, property tax, school information. Get instant access to property photos, virtual tours so you can explore the home online. Many people choose to live here because the community has a good reputation as well as its proximity to several parks and recreational areas. In fact, there are schools, universities, school districts and walking parks nearby.

Video Open Houses and Virtual tours are a great way to showcase properties for sale on many websites instantly especially during these challenging times.

Virtual private showings are live, one-on-one viewings for a single prospective buyer. A virtual showing uses a live video feed from either the Seller, Listing Agent or Buyer Agent depending on the rules and orders in place where the property is located.


Make your Brae-Mere Cove Open houses accessible as possible, remove unnecessary furniture and retaining a small amount of personal items. The house should speak to potential buyers by presenting itself as a place others could easily call home.

Live stream open houses livestreaming platforms such as Facebook live, Zoom, YouTube and Instagram live are available to view Open houses from the comfort of your own home.

Regularly open houses are scheduled on the weekends or in the evenings after work. Shorter open houses gives time for buyers to attend, but also creates a larger crowd in the property and can create more interest. 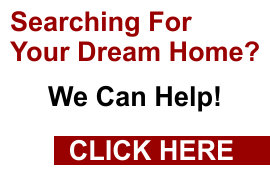 REALTORS® BE THE LOCAL EXPERT OF YOUR COMMUNITY

Data is supplied by Pillar 9™ MLS® System. Pillar 9™ is the owner of the copyright in its MLS® System. Data is deemed reliable but is not guaranteed accurate by Pillar 9™. The trademarks MLS®, Multiple Listing Service® and the associated logos are owned by The Canadian Real Estate Association (CREA) and identify the quality of services provided by real estate professionals who are members of CREA. Used under license